One of the funniest things about the south is the casualness of the dress and at the same time the fanciness of the dress. For football games girls put on pearls, dresses, and heels. Men put on button downs and ties. This dates back the civil war where “picnickers” would put on their finest attire and go and have a nice lunch while cheering on the men in battle. What has changed is that the battle is no longer war, but football. 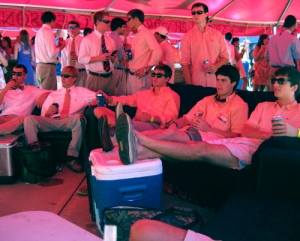 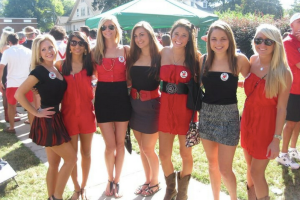 Yet to walk their dogs in the neighborhood they put on pajamas, or hell sometimes they put on the pajama shirt and forget the pants. 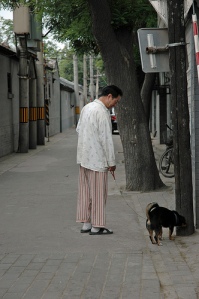 I have seen a large number of people walking their dogs in the morning in the nightwear. Women in skimpy satin pjs just a walking their dog without a care in the world. Old men with nightshirts that are way to short to be worn without pants. Some in sweatpants even though it is 80 degrees at seven am.

Sure you may think it is just my crazy neighborhood, but it is not. I have seen this in multiple neighborhoods all over town. Whatever happened to putting on presentable pajamas before going out with the dog?

I would blame the MTV, or dirty music, but it is elderly people doing this my friends. And I know they are not watching the MTV.